The number-one thing that my friends have been hoping for, once we’re all vaccinated, is to go eat a normal meal at a restaurant. But restaurant workers aren’t coming back.

The Arizona Republic takes an in-depth look into why restaurants across the country are having such a hard time hiring staff again as the end of the pandemic nears. JJ’s Grubshack, a chain in Phoenix, scheduled up to 50 interviews a day in anticipation of reopening its dining rooms. But most of the interviewees flaked out; sometimes only three or four people would show up. And even when people were hired, some of them didn’t show up to work, either. People have been blaming unemployment benefits, which are higher than cooks’ hourly wages, but the issue is way more complicated than that.

My last job before The Takeout was as a line cook at a pizzeria. During the mandatory shutdown period, I was able to get unemployment pay that was much higher than what I got as a cook. I came back when the restaurant reopened for takeout only. It was heartbreaking seeing how much more money I got on unemployment than when I was working on the line. I felt insulted in a way.

Even before the pandemic began, it wasn’t easy work. After busy nights, when I got beat up by the volume of orders we had to slam out, I would leave vowing to get a different job. Then the next day I’d have to come back and do it again, and again I’d come home dejected and feeling hopeless. Plus, there are your ordinary kitchen risks, like burning yourself, cutting yourself with a dull knife, slipping and falling—all of which have happened to me.

Then, during the pandemic the stress switched over to, “Are we going to get sick? Are we going to have jobs?” Sure, everyone needs to eat, but it was easy to feel like the rest of the world didn’t care about you as they impatiently waited in line for their pickup orders. Some customers got angry if their order took slightly too long, and they weren’t afraid of telling us to our faces.

Eater has a piece from the perspective of restaurant workers that are terrified of coming back. They feel expendable and vulnerable.

Maggie Slepian, a barista and freelance writer in Montana, was only out of work for a few weeks during the spring of 2020. The state started reopening in May 2020, meaning she and her coworkers no longer qualified for unemployment for COVID-related closures. “If you want to make money, you have to go in and face these people — a lot of whom want to fight with you, and a lot of whom are refusing to wear masks — and you’re at risk,” she says. She’s been back to work for almost a year now, and she’s been arguing with customers nearly every day in that time. Food service workers across the country are making the same calculus, weighing the risks to their health against the realities of financial instability. On top of that, many say customers are making their jobs harder by refusing to wear masks or follow basic safety protocols.

Outsiders often tell you, “Well, you should just pick up some new skills.” Like what, surgery? The fact that I landed my dream job here at The Takeout was a one-in-a-million chance, but I’d also had a decade of freelancing behind me. My colleagues back in different kitchens aren’t so lucky. Some got sick. Others lost their jobs. If you get a job in a new industry, why bother looking back?

One former restaurant industry worker interviewed for the Arizona Republic piece, Tori Fitch, became an Instacart shopper. She had previously been a server. “I felt like this was an opportunity for me to find something more stable, a more reliable income. Relying on tips as your major source of income, it’s not always steady,” she said. Plus, unlike her previous job, Instacart requires that everyone wear masks, which is an added layer of mental security.

Restaurant owners are dangling a big carrot on a stick in front of prospective employees by paying more than the minimum wage now. Doug Robson, owner of the Phoenix restaurants Gallo Blanco and Otro Cafe, can offer $18 to $22 per hour. He also gives employees referral incentives: if a recommended person gets hired and stays for at least 90 days, the referrer gets a $200 bonus. It seems to be working, as he’s not short on staff.

When it comes down to it, working in a restaurant can still be gratifying. When you watch someone take a bite of the food you made and smile, there’s nothing that feels better right in that instant. Your coworkers get to know you better than some of your closest friends. Regular customers genuinely love coming to see you, and they care about you. But when you leave after your shift to go home, there’s always that nagging question: Was the job ever worth it to begin with?﻿ 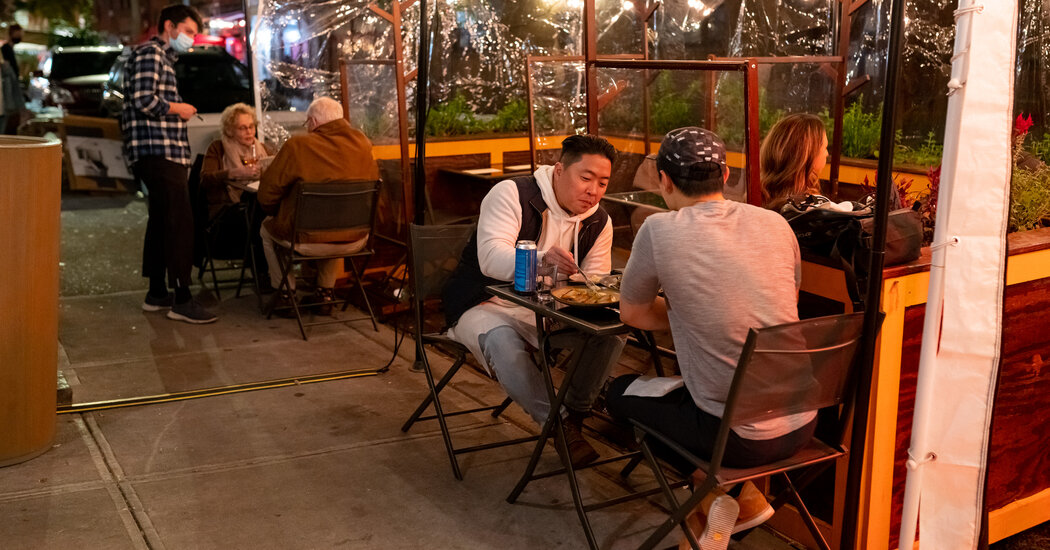 17 Restaurants Where New Yorkers Can Make Up for Lost Time 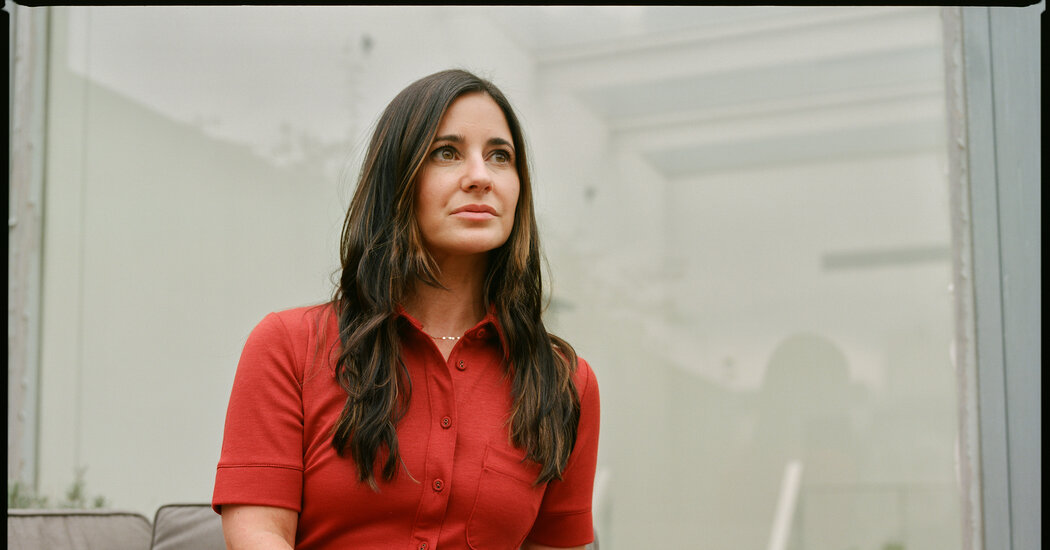 Restaurants Fought for Covid Survival, With Some Tech Helpers 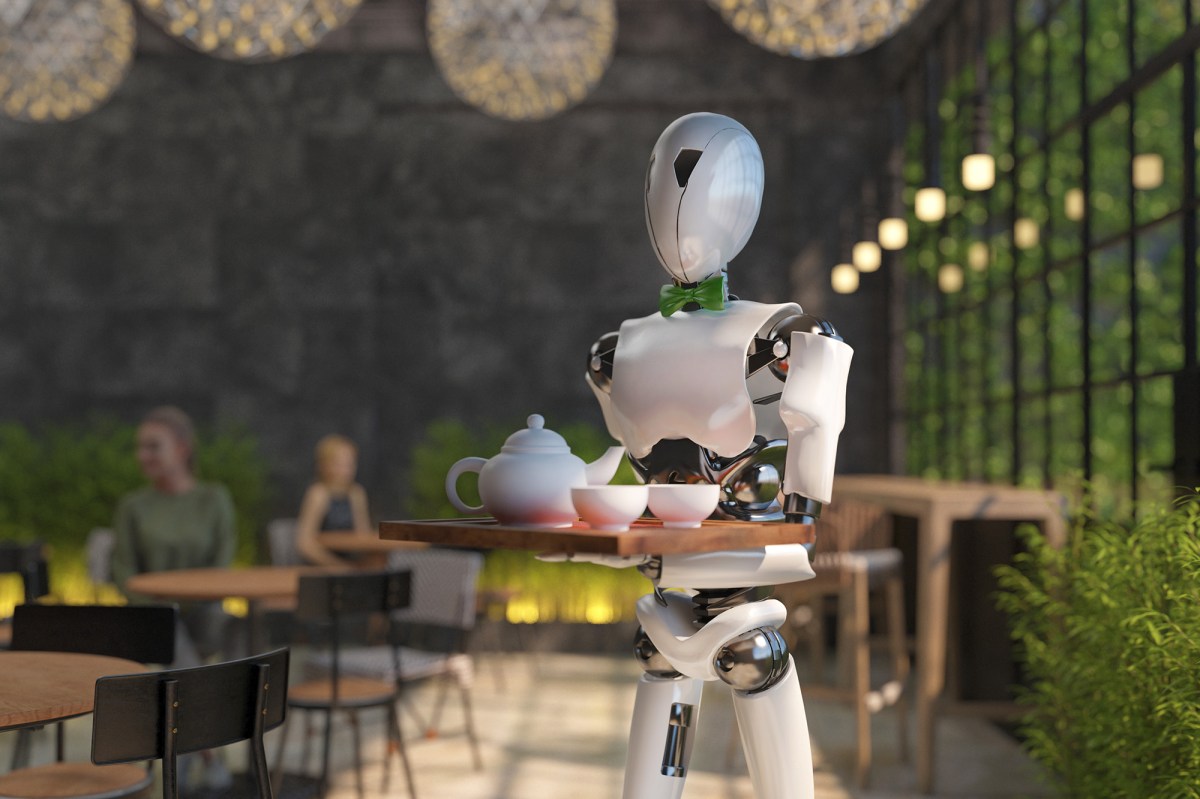