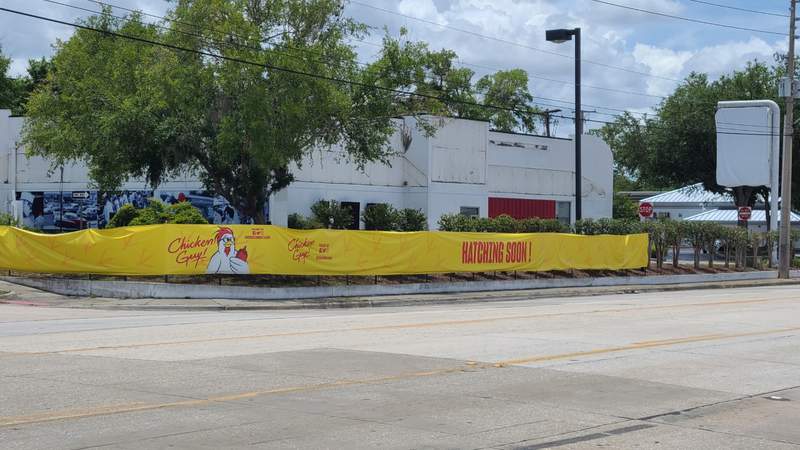 WINTER PARK, Fla. – Guy Fieri, one of the biggest stars of the Food Network, is set to open a new restaurant in Winter Park.

A new location of Fieri’s Chicken Guy! is moving into the shell of the former Steak ‘n Shake that sat at 818 S. Orlando Ave.

The location has been empty for more than a year after Steak ‘n Shake started a big contraction of its business in 2019, even prior to the pandemic hitting

Any fan of Southern food and warm-weather celebrations (and if you’re a Country Living reader you’re probably both) should head on over to The Food Network this month and check out a delicious-looking new web-only show that’s exploring the history of Juneteenth by putting together an amazing-looking cookout menu inspired by the holiday.

The show, called The Juneteenth Menu features host Michiel Perry, one of our favorite Instagrammers and co-host of Black Southern Belle, talking with chefs, cookbook authors, and cocktail designers as they pitch in to put together an absolutely delicious-looking Juneteenth menu.

Guy Fieri Is Fired Up: How the Food Network King Aims to Aid the Restaurant Industry With New TV Deal

Once mocked by white-tablecloth elites, Fieri just signed a landmark pact for a TV chef as he steps into a respected elder statesman role in the food world — raising millions for workers unemployed due to COVID-19: “I was pissed.”

The cherry-red convertible seen in 400-plus episodes of the star chef and car collector’s culinary travelogue Diners, Drive-Ins and Dives is en route from points east, where production resumed this past winter, but the platinum blond is


The Mayor of Flavortown has made a surprise appearance in the Bayou City.


Superstar chef and TV personality Guy Fieri has been in Houston over the weekend filming at local restaurants for potential inclusion in upcoming episodes of Diners, Drive-Ins and Dives — and serving a four-star birthday dinner to a major TV star.


Both a Food Network representative and a member of the production team confirmed Fieri’s presence in the city. However, the Food Network rep couldn’t say when episodes featuring the Houston restaurants might air or even guarantee the footage would be used in future Villagers’ daughter to appear on Food Network with Martha Stewart

A mother and father in The Villages are filled with pride as their daughter has been selected to appear with Martha Stewart on a Food Network cooking competition show.

The daughter of Jeff and Roberta Cutting, who live in the Southern Star Villas, will appear in the five-episode series “Chopped: Martha Rules.”

Julie Cutting-Kelly has been a chef for 16 years and a fan of Stewart since she was a young girl. Cutting-Kelly had previously appeared in 2013 on “Cut Throat Kitchen,” a Food Network program.

There’s a new recipe on the Food Network’s website that’s going viral — for a salad that uses popcorn and mayo. And sure some vegetables are in there, too. Why not?!

A starter recipe is called “Crunchy Snap Pea Popcorn Salad.” You sprinkle popcorn with white cheddar flavoring, then whip up a bowl of mayo, sour